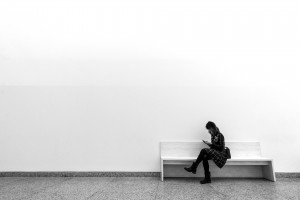 The world is on a minimalism kick right now. After spending generations collecting more stuff than we know what to do with, we are starting to throw things out. When grandparents pass, we suddenly realize that no one wants their prized possessions, and those of us left behind are forced into the heartbreaking decision: pitch or store?

Whether it was the popular book (and then phenomenon) of The Life Changing Magic of Tidying Up or the slightly more morbid art of Death Cleaning, minimalism has taken over our collective consciousness, and it doesn’t seem to be going anywhere soon.

Part of this story – the story of less – often involves downsizing to a smaller container within which to put our collected “stuff”: a tiny house, for instance, or an RV. Accumulating possessions suddenly becomes more challenging when living in a smaller space. And, when there are fewer things to manage, life becomes simpler.

Beyond having to maintain, and repair,  and replace,  and clean,  and store and generally be surrounded by our things, we also have to work harder to acquire more. We put in hours, away from our loved ones and our families and our hobbies, in order to buy more – a bigger house or nicer furniture. Yet, if we embrace minimalism, we not only free ourselves from clutter, but from the need to always be earning more.

Perhaps most exciting: one of the most common things you will read about people when they embrace minimalism: they have less angst. Restlessness and general discontent eases. It’s almost like their things were taking up not only physical space, but mental space as well. When that goes away, suddenly they can breathe.

Minimalism is most likely going to become more popular in the next few years. More people will decide to sell their house and live in their RV and call the road their home. With portable WiFi and well-organized spaces, suddenly RVs can become a home office. A smaller space doesn’t have to mean sparse living, either – fireplaces, TVs, and kitchens capable of cooking a holiday meal don’t exactly scream sacrifice. But, the limited space will require people to ask themselves, “Do I really need this?” and stop the cycle of more. And, in owning less, making room for more.

Have you considered minimalism? Does taking to the open road in your RV and calling the mountains, beach, or forest home appeal to you? We’d love to hear your story!